The Purpose of the Gallbladder

After losing my gallbladder, I have done a reasonable amount of research into what I lost. I keep yearning for my missing organ, wondering what the affects will be on me long-term.
I know that the short term benefits are the immediate cessation of pain, and I'm quite happy with that. But my problems are not over. There is still a downside.

What a gallbladder does

Our bodies do some pretty amazing things, and it's all inter-related. So the story starts with worn-out red blood cells. The spleen filters these out and breaks them down and turns them into bile salts and other things. So we have bile salts floating around in our bodies. The liver filters these bile salts out of our system, collects them and sends them to the gallbladder. The gallbladder is a small organ that lives under the liver. It is a hollow organ designed to hold liquid. A bladder. Bile used to be called gall. And that's why it's called a gall bladder. See this description by Dr. Gary Farr for a detailed examination of the gallbladder and its functions. Good diagrams too.
The liver sends the bile salts to the gallbladder where they are stored. The liver also sends waste products down too. More on that later. The gallbladder collects the liquid, extracts water, and concentrates it. The end result is bile, a green, strongly alkaline, bitter, corrosive liquid.
When fat globules arrive in the upper reaches of the small intestine, the duodenum, it triggers a hormone. The hormone tells the gallbladder that bile is needed, so the gallbladder does a muscular contraction and dumps a large quantity of bile into the duodenum to deal with the fat. The enzymes that digest fat can only work on the surface of the fat globules. To effectively digest the fat, the surface area needs to be as large as possible so the enzymes can get at the fat. The bile acts as a detergent on the fat and causes the large fat globules to break down into microscopic droplets thereby creating a much greater surface for the enzymes to work on
to digest the fat.

The liver sends more than just bile salts down to the gallbladder. It sends waste products too. Two of the waste products are calcium and cholesterol. Presumably when there is an excess of calcium in the system, the liver extracts it and dumps it. The cholesterol appears when the liver produces more cholesterol than the digestive juices can liquefy, and it dumps the excess into the gallbladder. The gallbladder is the trashcan of the liver. Normally, these waste products concentrate down with the bile and are flushed into the duodenum when the gallbladder does its bile dump, and then they are passed on down the tract and excreted. Sometimes they don't.
Sometimes these two waste products will crystalise and form gallstones. 20% of gallstones are made of calcium, and 80% are made of cholesterol. Gallstones can be as small as a grain of sand or as large as a hen's egg. Occasionally, some can be larger.
So who gets them? You run the risk after you turn 20. The older you get, the better chance you have of having gallstones. Are you turning 40? Oops. Stronger chance of gallstones. Young women have a much greater chance of getting them than young men. Once you hit 50, men and women have an even chance of getting them. Race also plays a part in determining who gets gallstones. Native Americans have the highest chance of getting gallstones and Mexican-Americans have the second highest chance.
When you get gallstones, you might get just on A large one. Or you might get 10 of various sizes. You might even have hundreds of small ones. You might even have thousands of small ones. Normally, these will pass out of the gallbladder and get into the duodenum and then pass out of the body. The problems occur when the gallstones do not pass out of the body, when they get stuck. When the gallstones get stuck, they can cause a range of problems.

I keep reading about gall stone flushes and gall stone cleanses. I am unsure about the usefulness of these, but many people seem to swear by them. They tend to be of the type where "my doctor won't believe me, but I did this natural thing and look at all these gallstones I flushed out". I mention them because they are a non-surgical attempt to flush gallstones out of the system. They mainly consist of a fast from solid food, then flushing the system with water or fruit juices, and then using olive oil and lemon juice to slip the gallstones out. Rather than me describe them further, you should investigate them yourself, so I have included a number of links. Now if I had found these web sites before I had my gallbladder removed, I would have been very tempted to try them out and see if they helped. Now it's too late to save my gallbladder, and I can but speculate.
Many of these web sites claim that most gallbladder removals are unnecessary and can be avoided by doing the gallstone flush. I am disturbed by this. If it's not true, then it's a bad thing to give people in pain false hope. If it is true, then I am unhappy that I could have solved my gallbladder problems without surgery. It's too late for me. You need to investigate these things yourself, and consult with your doctor.
There are some unpleasant things about the flushes. A colonic irrigation is a frequent helper in these flushes. I'm not, ah, exactly enamoured of such things. The frequent mention of drinking olive oil to the point of vomiting is a little disquieting. And the descriptions of putting a net under your toilet seat so you can filter the results of the flush and collect the exiting gallstones is, quite frankly, something I would really rather not want to admit doing. Collecting a few hundred gallstones from your fecal matter and putting them in a trophy jar is also something I would not want to do. But that's just me. If you want to paddle in poo after trying to save yourself from a possibly unnecessary surgery, then that's up to you. I've lost my gallbladder. If I could have it back, I would have it back. If you haven't lost yours yet and you try these flushes and they help, and they save you from having your gallbladder out, then I will be very happy for you.

Operating without the gallbladder

So you've had your gallbladder removed. And you want to know what's happening. The most common thing that is happening, now that you don't have your gallbladder, is that you can no longer process fat like you used to. As I described above, the gallbladder stores bile. When fat reaches the duodenum, the gallbladder dumps a whole heap of bile into the duodenum, and the bile works on the fat like detergent, and emulsifies it and breaks it down so the enzymes can work on it. But you don't have a gallbladder any more, so the normal trickle of bile from the liver to the duodenum is all you've got to work with. So when a chunk of fat hits the duodenum, the duodenum signals the gallbladder for big chunk o' bile. But there's no gallbladder. That signal gets ignored (except sometimes the signal causes unexpected things to happen). So the fat does not get broken down enough to be digested. It passes from the small intestine to the large intestine largely undigested, and then it makes its way out of the body. This can best be characterised as messy.
Best advice: reduce the amount of fat you eat.

Gallstones without the gallbladder

Yes, that's right. You can still get gallstones without the gallbladder. The liver still produces the bile salts and sends them down to the duodenum. While the bile salts pass through the various ducts, they can crystalise and form gallstones in those ducts. You can still get gallstones. They can still block the ducts and cause inflammations and infections and require more surgery. Remember what gallstones are made of? 80% of them are made of crystalised cholesterol and 20% are of crystalised calcium. These come from excesses of cholesterol and calcium that the liver just dumps down to the gallbladder, which isn't there any more. Reduce the cholesterol your liver produces, and maybe reduce your calcium a bit and you can reduce the incidence of crystalisation. Or go in for regular liver and gallstone flushes as described above.
Best advice: lower your cholesterol.to digest the fat.
Posted by Kaknab at 9:35 PM 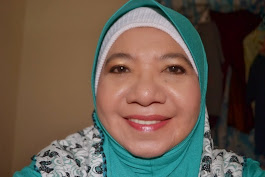